History of the Company

Company T-CZ is the successor of former state enterprise TESLA Pardubice. TESLA Pardubice n.p. was founded in 1946 and during following period lasting nearly 50 years has grown in one of biggest and most important manufacturers of radars, radio communication equipment, and mainframe computers within the countries belonging to Eastern Block. Main target markets of TESLA were Eastern and Central Europe – the former countries of the Warsaw Treaty. After political changes in 1989 and beyond, which significantly affected entire Eastern Block, most of the market was lost and the large state enterprise employing thousands of people was transformed, split and subsequently privatised in 1993.

The history of Tesla Pardubice state enterprise dates back to 1919, when the company Telegrafia, was founded. Telegrafia, having its own R&D department, become soon a leading company of electronic industry in Czechoslovakia before WWII. The company produced telecommunication and electrical medical devices, and also commercial radio receivers, amplifiers and record players of its own design. In 1945, Telegrafia was nationalised and incorporated into the new national corporation TESLA. In 1946 TESLA Pardubice n.p., state enterprise, became an independent company.

Since the 1950s, TESLA Pardubice n.p., state enterprise, gradually built its leading position in many fields of electronics as a manufacturer of mainframe computers (both analogue and digital), radio communication devices, consumer electronics, measuring instruments, microwave technology, and especially in the field of active and passive radiolocation.
R&D centre of TESLA Pardubice, the “UVR Opočínek” (“Opočínek Radio Research Institute”), dealing in radar technology, was founded in 1950. During next 40 years, the institute developed, designed, and assembled prototypes of several type series of PAR and ASR radars for both civil ATC and military applications. There was also a short but successful period of river shipboard radars production that has been exported mainly to Western Europe.
Successful series of RPL-4 and RPL-5 GCA radar systems were among latest products designed by the institute in the 1980s. These GCA radar systems, together with more than 700 units of delivered PARs of various generations, ranked TESLA Pardubice at prestigious position among radar industries worldwide. And the last but not least, successful development and production of passive radiolocation systems RAMONA and TAMARA in fact established the new branch of radar technology – the multilateration systems.

In 1993 TESLA Pardubice s.p., state enterprise, was privatised and acquired in a public tender by HTT s.r.o. The economy of the new economic entity – HTT TESLA Pardubice s.r.o. – gradually stagnated due to the disintegration of the Eastern block and reductions of Czechoslovak/Czech army establishment. The ownership change in 1997 did not have any positive impact either, and therefore it was necessary to split the company into several smaller business units, the largest of which was the newly formed T.E.S.L.A. CZ, founded in 1997. 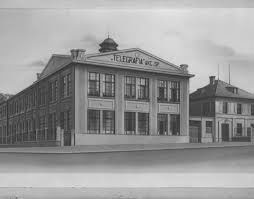 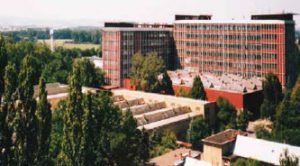 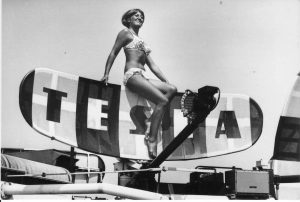